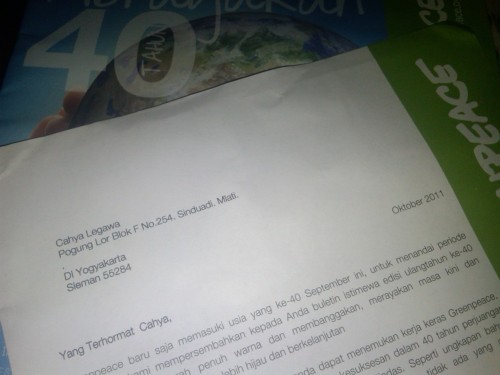 This morning a letter came to my hand, its from Southeast Asia Greenpeace. Well, I think for the last month issue about the 40th Greenpeace’s anniversary and campaign on reproducible energy sources. At least they still campaign to avoid using a nuclear energy.

Hmm…, I wonder if we still capable of sharing all those wisely, with our self, and all the living things.