Have you watched Rio The Movie? I would say it as a fascinating 3D animated movie with a touch of musical comedy. The movie is started with the jungle somewhere – perhaps – in Rio de Janeiro, where wild birds have their happy time singing together. Including a little blue bird, which later becomes the main protagonist of the story – a Spix’s Macaw.

But the happy time wasn’t there forever, suddenly the situation becomes chaotic, the little blue bird felt off from his nest and caught by the smuggler. 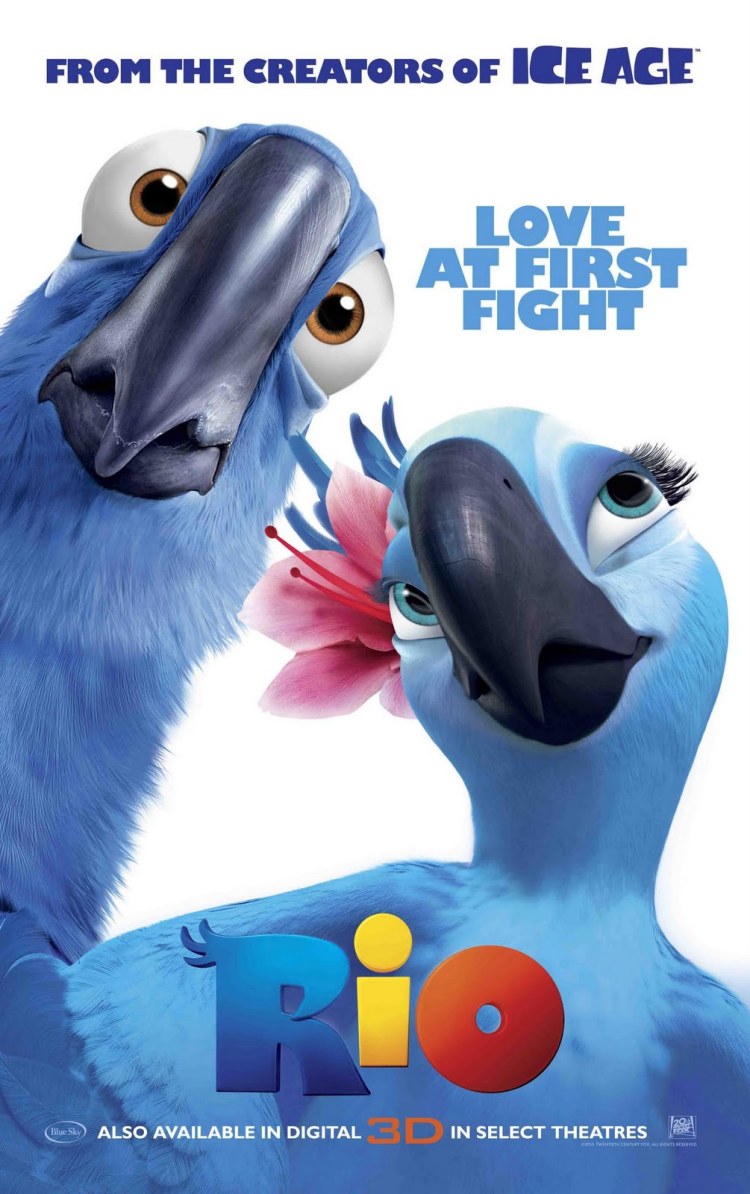 The set then moves to Minnesota, a cold and snowy land, very unlikely similar with the rainforest where the little blue bird used to live. By a transportation accident, his smuggled box falls over from the truck and then found by a little girl with red hair and round glasses named Linda. In a fast forward story, the bird then named Blu and becomes a domesticated macaw, with his “self-declarator companion” Linda, they run a book store together in Minnesota.

Then they live happily ever after, ups, wait, of course, this is not the end of the story. Yes, they lived happily until an ornithologist named Túlio Monterio comes to their book shop and tells a piece of shocking news or rather an invitation. Túlio said that Blu may be the last male of his kind, his species. And they were asked to visit Rio to give Blu a chance meeting a female of his kind.

Then the Blu’s adventure starts here. Blu arrives at Rio and finds a whole new world for the first time in reality, well, he was watching the Animal Planet or other kinds of stuff, but never experience it by his self.

He first meets the duo Pedro (red-crested cardinal) and Nico (yellow canary), which in later scenes, become his adventures pals. Well, I can say they have a different taste in music, but still, they are a good samba team.

They met friends along with the ways, and the enemies as well. The comedy touch would surely make you laugh freely, and the musical effect is so nice, you can dance unintentionally while watching the movie.

I do (love the Carnaval festival), but I love my family even more, and that is the decision I made by this (heart) not by this (mind).

What are the words of Rafael for Blu when he has to fight with Jewel? I think it’s a wonderful line, that easy to say, but most of us are easy to forget or neglect it, and having a hard time to realize it back before it became too late.